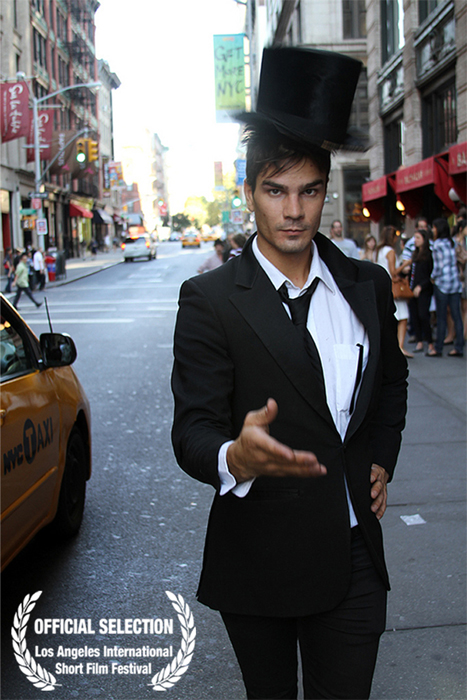 Brian Ermanski is an American artist based in New York City. Brian was born on Saint Patrick's Day and grew up in Sutton, Massachusetts. He graduated from St. John's High School in Shrewsbury, MA, and then New York University's Gallatin School of Individualized Study.

Ermanski was a participant of MTV Art Battles and painted a wall at MEGU Tribeca. Ermanski painted the backdrops for next's Autumn 2009 campaign with photographer Ben Watts. He was photographed by The Selby for Hogan's "Future Roots" campaign and by Mike Mabes for Skechers Chile "Be The Next One" campaign. Ermanski painted room 506 at the Hotel des Arts in San Francisco, California and painted walls at the grand opening of "Good Units" in the Hudson Hotel for Interview Magazine's 40th Anniversary Party. Ermanski had a gallery show of his art at Duncan Quinn's boutique in Miami for Art Basel 2011. He most recently had shows titled "Lipsticks and Loose Lips" at The Tribeca Grand Hotel from June 6th - August 1st and "The Black Diamond" at The Carlton Hotel on September 7th, 2012.

Ermanski is the star of a short film titled "The Prince of Elizabeth Street" by award winning director Paul Stone, which documents a day in the life of an aspiring artist and premiered at the 14th annual Los Angeles International Short Film Festival.